Zelda for a Night: To Bob or Not to Bob 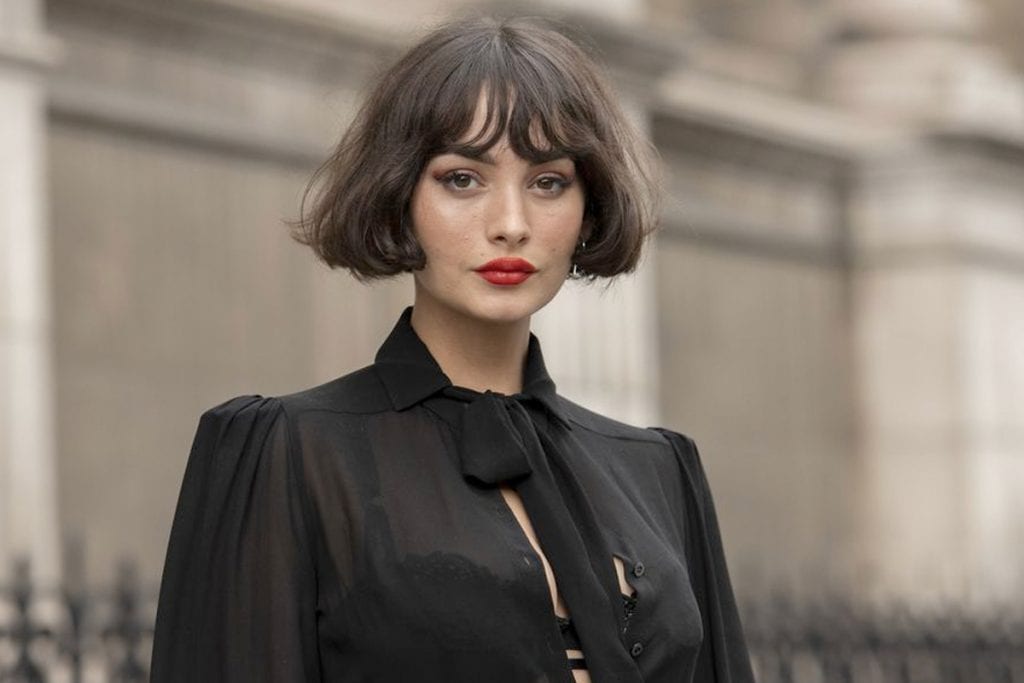 Zelda Fitzgerald was Queen of the Flappers in the 1920s. She and her husband, F. Scott Fitzgerald, were Jazz Age celebrities. So whether you want to channel Zelda for a Great Gatsby party or are looking to do a “Downton Abbey” do, you can style your hair in a flapper bob whether your hair is straight or curly, long or short.

For insight into how big a deal the bob was in the post-World War I era, read Scott Fitzgerald’s short story “Bernice Bobs Her Hair”. When young women chopped off their Edwardian-style long locks (worn up or swept back, but never down), scandalized relatives might shun them, and hairstylists refused to do the cuts. Aspiring flappers had to go to barbers. As the look caught on, though, stylists were kept busy cutting and curling. The short haircuts made the world notice that these new women, flappers, were free to wear short skirts, speak their minds, drink bootleg liquor, and otherwise participate in (real or imagined).

As movies became a part of popular culture, film stars like Louise Brooks and “It” Girl Clara Bow were other flapper role models.

Whether you’re a fan of short hair or would prefer to keep yours long, it isn’t too difficult to find your best flapper look with a bit of help from your beauty tools and maybe a friend or your favorite stylist.

For a Louise Brooks look, or to model Daisy Buchanan’s sporty friend Jordan Baker in “The Great Gatsby,” you’ll have to take to the scissors just like Bernice did. Get to the salon, and get a short, classic bob that frames the face and sits well clear of your shoulders to show off the nape of your neck. It’s easy-care, breezy, and of course, will always grow back.

A Short and Curly Cut

For a softer, curly look that was more like Zelda Fitzgerald’s, you’ll need some strategies and a curling iron unless your hair is naturally curly.

In the 1920s, marcel waves became a popular alternative to finger waves after electric curling irons were invented.

Chemical permanent waves were another alternative. However, the finger waves, not as long-lasting, produced a softer look, so it was a choice between expediency (with the potential for burns) and maintenance.

Unless you’re blessed with naturally curly hair, start with your short bob and add all-over curls in whichever method you choose.

If you have thin hair, finger waves may not produce the look you want, even with all the mousse in the world. So instead, you can set your hair in pin curls.

Part your wet, short, bobbed hair in the middle or on the side, and then, working from the back of your hair, wind small strands into curls one by one, pinning each segment, and then let your hair dry. It would be best to have some nice waves when you gently brush it out.

If you see yourself as a long-haired lady but want a costume bob for one night only, do what more timid 1920s women did to transition from Edwardian Gibson Girl to Flapper. Fool the eye: Create the illusion of short, curly hair by gathering and pouring.

Part your hair on one side, and then section above the ears. Clip the top half on top of your head. Take the back section, which will be hidden, divide into two sections, and braid both sections Pinup the braids.

Now for the remaining hair. Take one-inch sections and curl away from your face with a curling iron. Pin each curl. Repeat until all the hair is pinned into curls. Let set about half an hour, and then finger comb and softly brush out.

Depending on your costume, you can go glam or subtle. Look to photos from “Downton Abbey” or one of the Gatsby movies for a party look, with hair jewels, a headband, or feathers. For a more everyday look, look to Coco Chanel, a major fashion influencer in the era.

The cloche hat was a staple: The style proved just right to wear over a bob.

For the Perfectionist and the Aspiring to be Historically Accurate

Be sure your 1920s bob is a bob, for starters–that is, it can’t be a long bob. 1920s bobs were shorter than shoulder length or even chin length.

Also, don’t tuck your hair behind your ears. For some reason, that wasn’t a 1920s thing. No ears were shown.

Finally, go easy on the accessories. Just as with any costume, less is more. Headbands can be fun but are by no means necessary.

If the Roaring 1920s were known for anything, it was for their lively times, just as the 1920s foxtrot song “Ain’t We Got Fun” says. Speaking of the foxtrot, don’t forget to brush up on your Charleston and other dance moves.

“She quietly expected great things to happen to her, and no doubt that’s one of the reasons why they did,” Zelda Fitzgerald wrote.

As for the Flapper, she said:

“The Flapper awoke from her lethargy of sub-deb-ism, bobbed her hair, put on her choicest pair of earrings and a great deal of audacity and rouge, and went into the battle. She flirted because it was fun to flirt and wore a one-piece bathing suit. After all, Zelda had a good figure. She was conscious that what she did were the things she had always wanted to do. Mothers disapproved of their sons taking the Flapper to dances, to teas, to swim, and most of all to heart.”

Was it all because of a hairstyle? Maybe. As Diana Vreeland said, it may have been the first time women wore their hair short.

So whether you bob your hair or just pretend for the night with a faux bob, permission to dance like it’s 1922. 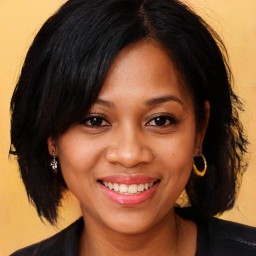 Welcome, I'm Roxanne, and I ADORE Hair. I am here to help you change your life. One of the founders of How To Hair Girl and Chief Editor, Roxanne enjoys checking all the hair products and reviewing the best. I think that You should treat your hair with kind respect because it reflects who you are. I consider that my most underrated articles are her Hair-Care tips!

Want to know more? Check out these articles